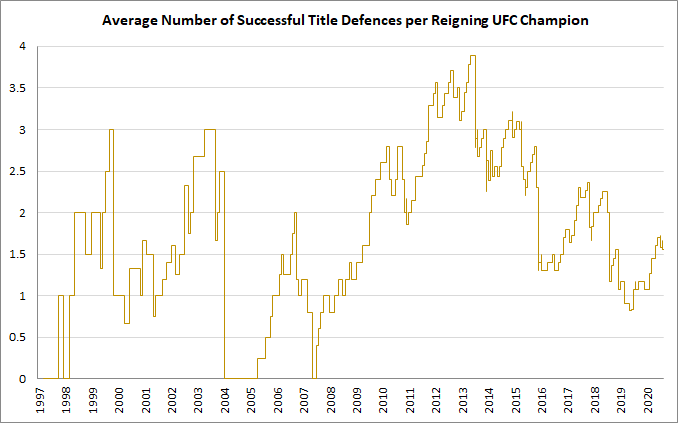 This graph shows the average number of successful title defences made by the reigning champions, as a collective, at any point in UFC history.

This site uses Akismet to reduce spam. Learn how your comment data is processed.